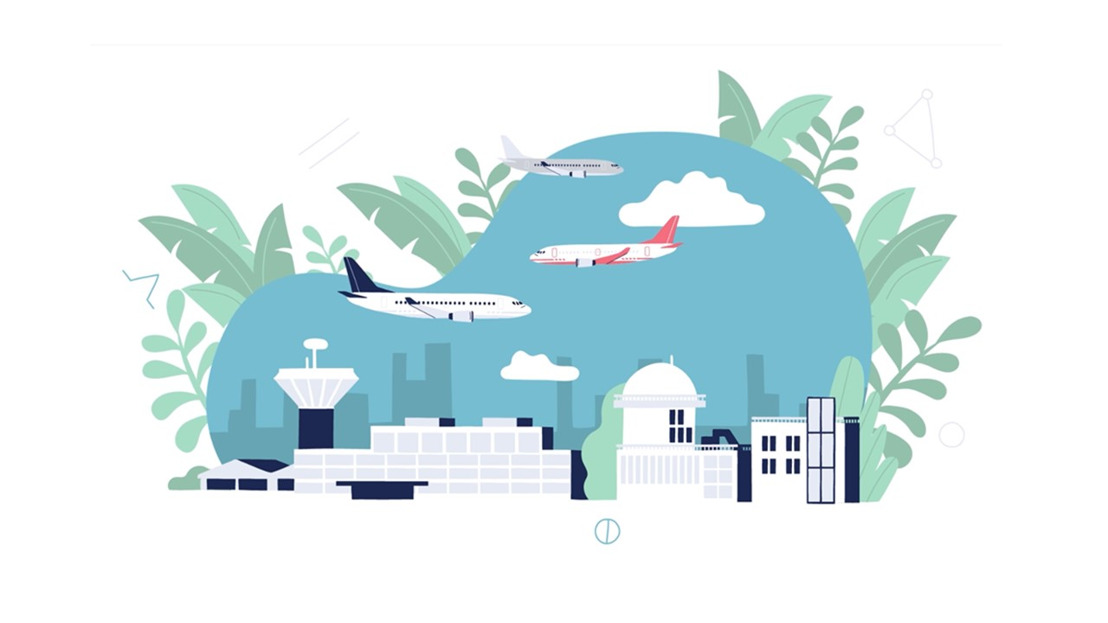 The air transport industry is fully cognizant of its impact on the environment and has undertaken to achieve net zero carbon emissions by 2050.

To step up to this global challenge, one of the most effective ways of delivering results in the short term is to optimise flight operations and to enable commercial airliners to select the most efficient flight plans by following more direct trajectories and adjusting their speed and altitude in real time.

It is estimated that these measures could cut CO2 emissions in Europe by about 10% from as early as 2025.

To prepare the groundwork for this undertaking, Thales, Air France, DSNA, ONERA, Atmosphère, CGX and Cerfacs joined forces on the Octavie project, with more than 700,000 euros in financial support from the Occitanie region, to test the Green Flag concept under operational conditions.

Under the Green Flag concept, developed for the Provert study by Thales, DSNA (France's air navigation services provider) and Air France, air traffic control authorities can designate certain portions of airspace as Green Flag sectors during periods of moderate traffic. Working in coordination with air traffic controllers, pilots in these sectors are then able to adopt the most eco-friendly practices by optimising flight parameters (route, altitude, speed) to minimise fuel consumption and cut greenhouse gas emissions. The concept relies on the use of collaborative digital tools to simplify interaction between pilots and controllers and guarantee the highest possible levels of flight safety.

After laboratory testing of prototype technical solutions, the Octavie project has moved into a new phase, conducting the first tests in real-life conditions on two Air France flights between Paris-Orly and Toulouse-Blagnac in March 2022. The tests demonstrated the value of the Green Flag concept and its ability to reduce CO2 emissions while optimising altitude and distance. Thanks to easier interaction between the flight deck and air traffic control centres, controllers were able to maintain the aircraft at cruising speed for longer periods, and flight crews could adopt continuous descent approach procedures to reduce fuel consumption. These first flight tests produced promising results, which now need to be consolidated so that the Green Flag concept can be incorporated into air traffic control procedures at scale and on a permanent basis, even under dense traffic conditions.

"Thanks to the strong engagement of the project partners and the support of the Occitanie region, we have just cleared an important hurdle in the race to decarbonise aviation. The test results and the lessons learned have paved the way for optimised flow management, which will make it possible to reduce flight CO2 emissions by 10%." Yannick Assouad, Executive Vice President, Avionics, Thales.

"Decarbonising aviation is a key challenge for everyone involved in the air transport sector. The success of the Octavie project shows how crucial it is for all the stakeholders to work together to achieve realistic, ambitious and highly demanding CO2 emissions reduction targets like those adopted by Air France. Alongside its partners Thales and DSNA, Air France is contributing specialised expertise and resources to drive the innovations that will make air transport more sustainable." Laurent Lafontan, Senior Vice President, Flight Operations Technical Development, Air France.

"DSNA is very closely involved in the ecological transition of air navigation and is delighted to have taken part in this project. The agency's environmental strategy covers all flight phases and has a particular focus on safe flight path optimisation. The Octavie project has been a chance for us to explore new ways of working in the pre-tactical phase." Florian Guillermet, Director of Air Navigation Services, DSNA.

"The Occitanie region is the epicentre of Europe's aerospace industry. It's the birthplace of the green aircraft, and a few days ago we adopted a 100 million euro regional investment plan to support green aviation. We need to invest massively if we are going to stay on the leading edge of innovation, research, development and training. That's why the Occitanie region is supporting projects like Octavie, which are helping to reduce the carbon impact of the aviation sector on the environment. I applaud the seven project partners for their work and for successfully combining their expertise to cross a new milestone in the ecological transition of the aerospace sector." Carole Delga, President of the Occitanie Region.