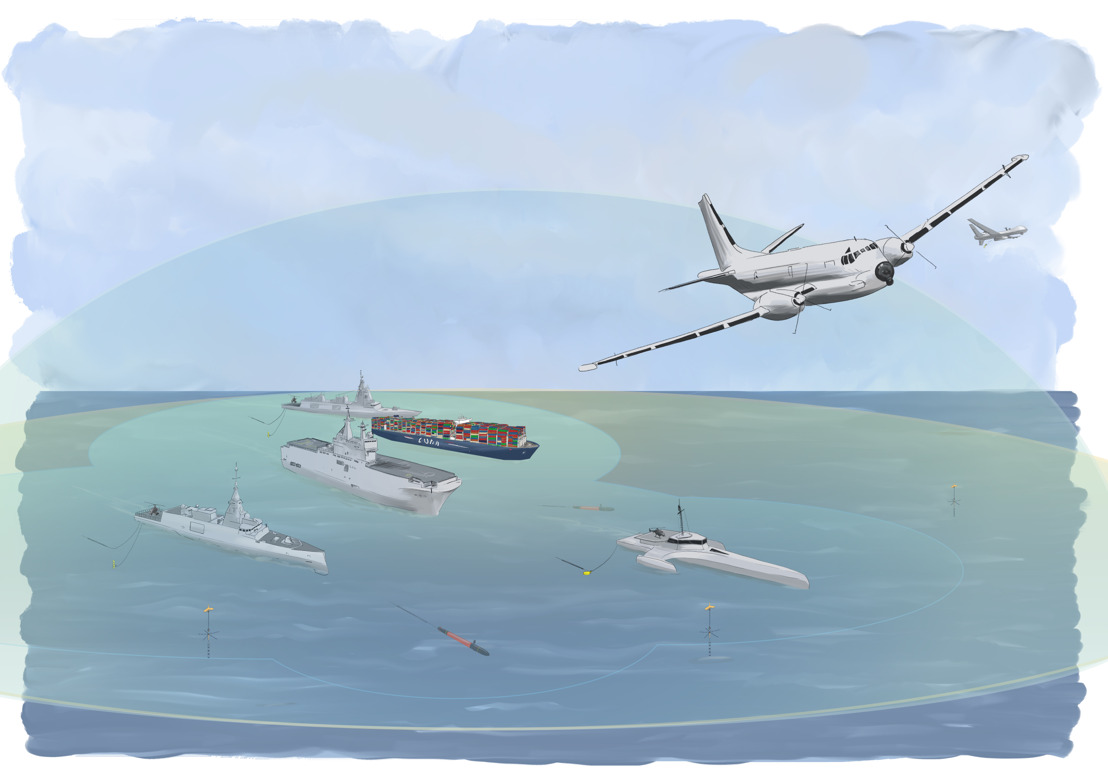 Monday, 13 September 2021 — SEANICE is one of the 26 projects out of 63 to be selected for funding by the bi-annual European Defence Industrial Development Programme (EDIDP), which aims at enhancing the competitiveness of the EU defence industry. Built on a realistic use-case scenario for antisubmarine warfare within the European Union’s scope of operations, the project will study, design, test, prototype, and set the ground for the delivery of new technologies. SEANICE is at the leading edge of change and technological disruption, including the integration of drones and artificial intelligence functionality.

Over the last two decades, naval operations, especially underwater, have been evolving towards more connected, and complex, surveillance and combat modes. These rely on new types of assets, such as unmanned assets, and distributed sensors and effectors. There are ranges of underwater threats that can be encountered at sea: attack submarines, midget submarines, unmanned vehicles, heavyweight torpedoes, hyperfast torpedoes, and naval mines.

With 56,000KM of coastline and 12,000KM of land borders to secure, the European Union (EU) has to address these threats to protect sea lines of communications in its Member States’ territorial waters and beyond, wherever the EU may decide to intervene to safeguard its legitimate interests.

Consequently, European Navies, whether it be nationally or within an EU task force, have to cope with several new challenges including:

To answer to the future needs of European navies to detect, identify, counter and protect against underwater threats, the European Commission has thus selected SEANICE,. This project contributes to several innovations and aims to bring new concepts already applied in the civilian world into the ASW operational theatre. It tackles the integration of new, unmanned assets, and intelligence and surveillance capabilities, to master today’s complexity of conducting ASW operations. It offers system-of-systems architecture that is compatible with current and future EU/NATO standards.

Drawing on high-skilled, reliable, and specialized partners – who are champions in defence – SEANICE contributes to technological sovereignty and increased interoperability between EU Member- State forces.

SEANICE’s innovative ideas and concepts will reinforce the resilience and competitiveness of the European defence sector. The project puts in place the foundations that can ensure the European Defence Technological and Industrial Base‘s (EDTIB) evolution in the antisubmarine warfare segment.

“Thales has gathered a unique European consortium of tech companies to bring cutting edge innovation on the next generation anti-submarine warfare (ASW) systems under the European Defence Industrial Development Programme (EDIDP). Together with our respective strength and technological advantage we are aiming for a breakthrough in the way European Navies can address existing and future underwater threats.”, according to Gwendoline Blandin, Vice-president Underwater Systems, Thales.