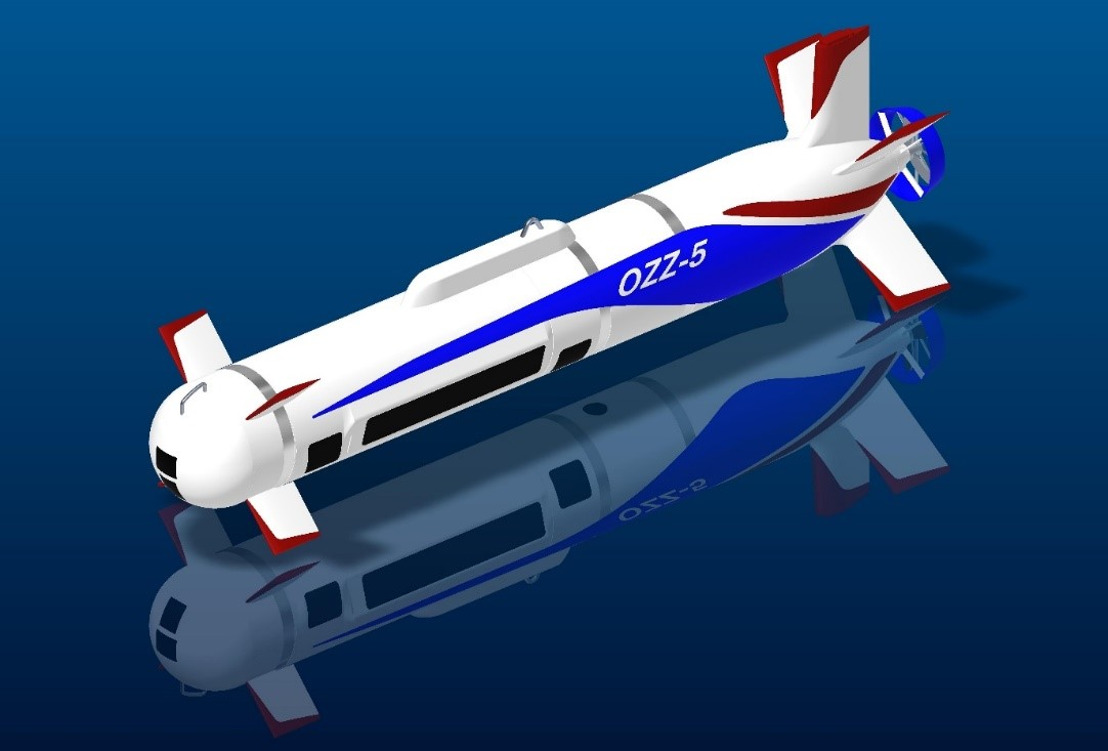 Within the framework of the French-Japanese bilateral Defence agreement, France and Japan have signed a Project Arrangement for the second phase of the cooperation project consisting of the development by Thales and MHI of a dual frequency sonar demonstrator for mine countermeasures aboard an Autonomous Underwater Vehicle (AUV).

While mines or even the possibility of mines potentially threaten everyone at sea, dealing with them effectively is vital in keeping key trade corridors open and guaranteeing maritime access and force projection—this is especially important for countries with highly valuable assets or ports that have a high volume of commercial traffic. In response to the growing threat posed by bottom laid, semi or fully buried mines in coastal areas, DGA and ATLA have decided to cooperate in order to study the performances of innovative dual frequency sonar technology.

To achieve this, both countries have chosen to trust MHI and Thales, who share technological excellence and complement each other, strengthening through this agreement their continuous and successful collaboration. As a world leader in mine countermeasures with over 300 mine-hunting systems in service worldwide, Thales will provide its recognised expertise in sonar processing as well as its latest generation High Frequency synthetic aperture sonar, SAMDIS, with multi-aspect capability. MHI on its side will provide its Low Frequency synthetic aperture sonar and the OZZ-5 AUV.

The smart integration of the High Frequency & Low Frequency sonars, coupled with a combined automatic detection and classification function, will not only provide capability and performance enhancement into a single solution but will also mutually benefit each sonar’s processing and imaging.    This will result in a unique autonomous mine countermeasure system capable of detecting, classifying and localising all types of mines (from fully buried mines to ground mines).

This agreement kicks off a 5-year project for design, development and integration of the dual frequency synthetic aperture sonar processing, and at sea experiments (in Japan & in France). This is the materialisation of years of long cooperative efforts between the DGA, ATLA, Thales and MHI to jointly build a project that satisfies both French Navy and Japanese Maritime Self-Defence Force requirements and allows France and Japan to stay at the forefront of innovation on unmanned mine countermeasure systems.

“Thales is very proud to be part, together with our partner MHI, of the very first Franco-Japanese Defence Cooperation project.We are really enthusiastic to bring our field proven expertise with our SAMDIS High Frequency sonar for the benefit of France and Japan national and foreign Defense forces through this successful unique cooperation for safer seas.” Alexis Morel, Vice-President Underwater Systems, Thales.

“In Japan, Thales is focused on building long-term sustainable partnerships with our key stakeholders. This extended partnership with MHI affirms our commitment to the country and to deepening bilateral ties between France and Japan. I am confident that our technologies and close collaboration can deliver unique and innovative solutions that will strengthen the capabilities of the Japanese Maritime Self-Defence Force as they build local expertise for the future,” Cyrille Dupont, President and CEO, Thales Japan.