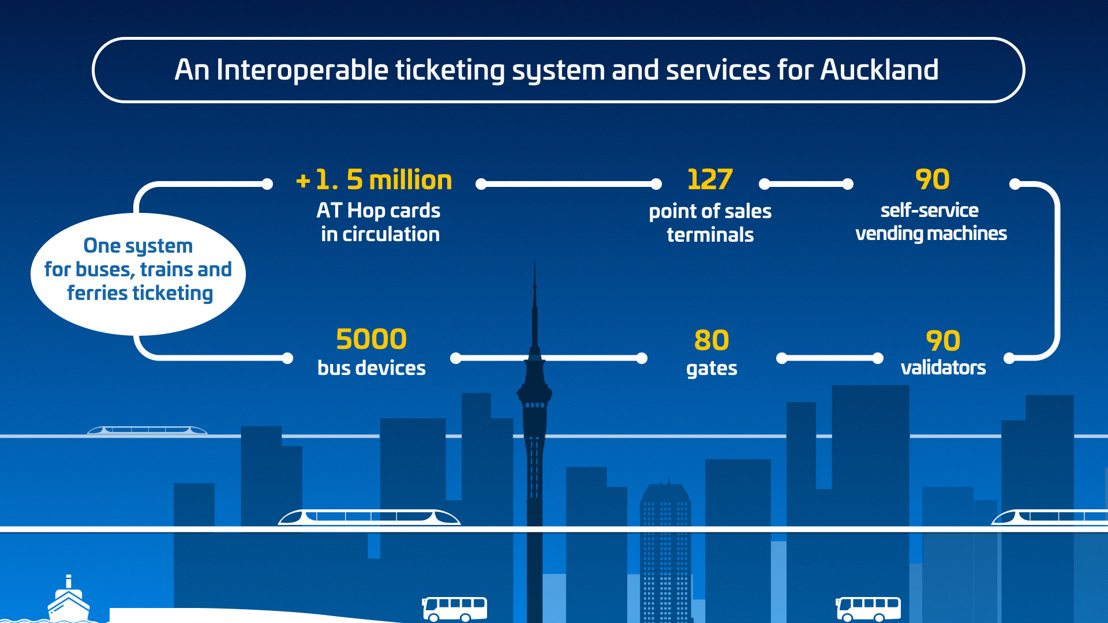 In 2009, Thales was awarded the contract for designing, developing and implementing a fully-integrated smartcard system across all of Auckland’s modes of public transport. Auckland and New Zealand’s first, true multi-modal transport ticket, AT HOP is similar to London’s Oyster system and Hong Kong’s Octopus. It’s benchmarked against some of the best systems in the world.

Launched in May 2011, the highly successful smart card system has provided New Zealand with a proven, mature, multi-modal and multi-operator system leveraging some of the best fare collection systems already in operation in the world including Hong Kong, the Netherlands and Dubai.

"When Thales and its partners commenced the project, we had a single minded and simple objective to make the HOP card a part of every Aucklanders daily life. We are very proud of the success of the scheme and the value it adds to everyday Aucklanders.” – Jean-Marc Reynaud, Vice President Ticketing activities, Thales.