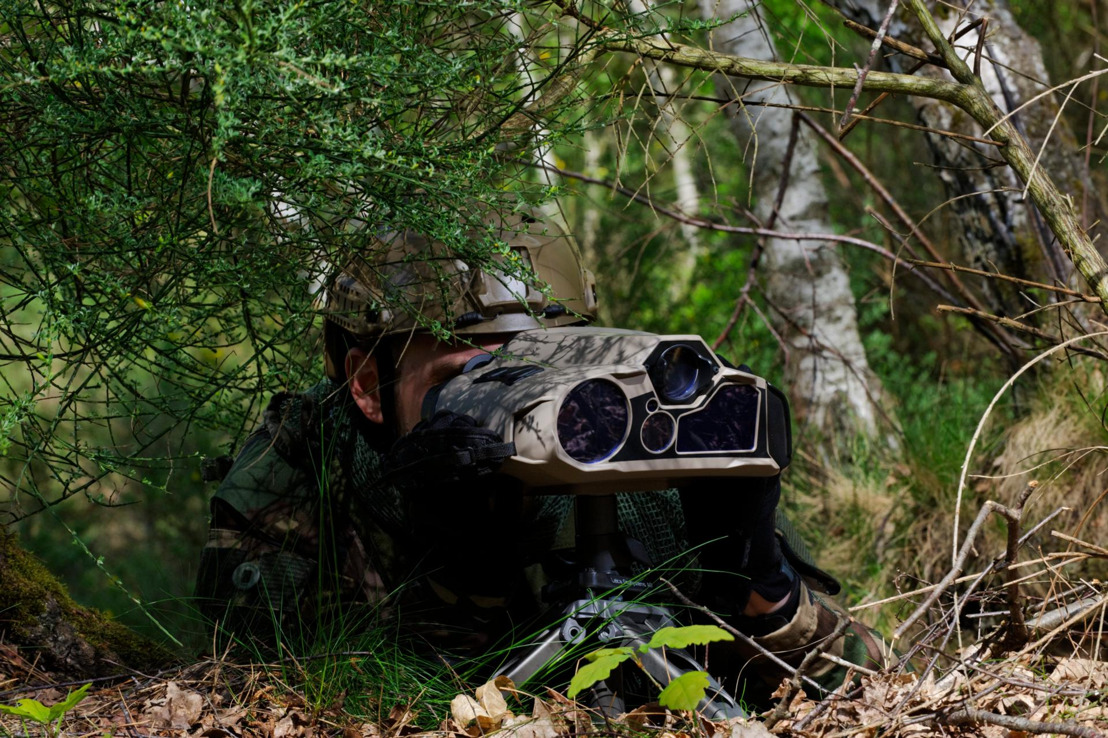 The ability to accelerate the OODA loop (Observe – Orient – Decide – Act) is a decisive factor in achieving operational superiority in high-intensity combat. Thales is launching VisioLoc® to improve the effectiveness of the augmented soldier without adding to the cognitive and physical burden on the warfighter. The new functionality for the Sophie family of multi-function thermal imagers provides a high-performance geolocation capability and generates precise target coordinates even when no GNSS1 signal is available.

05:48 hrs: dawn is just starting to break and the first rays of sunlight will soon dispel the darkness of the theatre of operations, a non-permissive environment where a soldier has been working for hours to counter the enemy's efforts to jam the section's systems. Suddenly, the section leader spots an enemy tank taking up position in the distance. There is no time to lose. Urgent action is required. Using the Sophie Optima thermal imager and the VisioLoc® function, the section leader makes a positive ID on the target, and in a few simple steps determines its precise coordinates, without having access to a GNSS signal, and calls in fire support. The geolocation coordinates are so precise that an artillery unit can process the information directly and engage the target straight away to provide critical fire support for the front-line unit.

VisioLoc® is a disruptive innovation in the soldier optronics market. Its ability to generate high-precision geolocation coordinates dispenses with the need for fire adjustment procedures, which can currently take up to 20 minutes. Once the section leader has called in fire support, the VisioLoc® function reduces the time it takes for an artillery unit to engage the target by a factor of three or even four. In a high-intensity combat situation, the time savings can be crucial to force protection and effective action against the enemy.

VisioLoc® provides leaders of special forces units and sections or platoons deployed in forward positions with a high-precision, jam-resistant geolocation function with an equipment weighing less than 3 kg. VisioLoc® can be set up simply (on a tripod or hand-held) in under four minutes and offers an unprecedented level of performance in terms of reliability, precision and readiness for action.

The VisioLoc® function upgrades and modernises the capabilities of front-line units and represents a step change in tactical operations by land forces. With Visioloc®, the portable optronics equipment used by tactical commanders is fully capable of responding to the new paradigm of high-intensity combat.

"With the VisioLoc® function, Thales is able to provide land forces with a unique combat capability in non-permissive environments and the ability to dramatically accelerate the OODA loop. With VisioLoc®, the portable optronics equipment used by tactical commanders is fully capable of responding to the new paradigm of high-intensity combat." Benoit Plantier, Vice President, Optronics and Missile Electronics, Thales.

1 Global Navigation Satellite System: constellation of satellites providing signals from space that transmit positioning and timing data to receivers that use this data to determine location