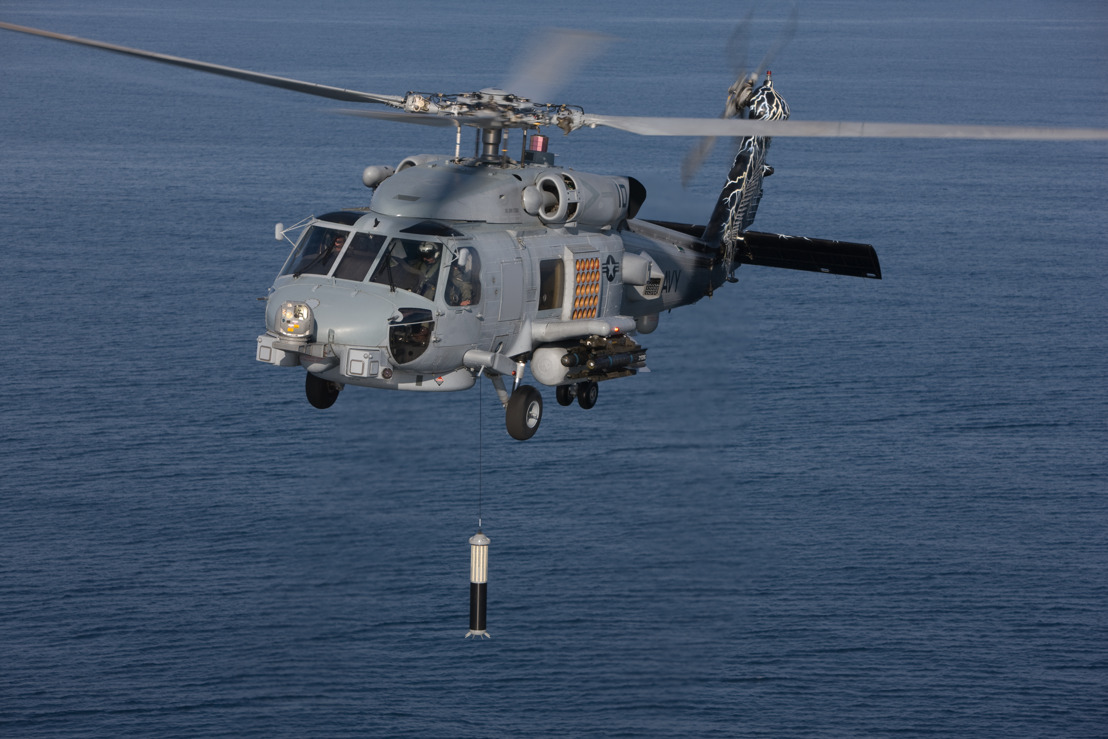 Thales has signed a contract with Lockheed Martin as a tier-one supplier for the delivery of up to 55 airborne anti-submarine warfare sonars. The ALFS (Airborne Low Frequency Sonar)* dipping sonars will be installed on the MH-60R platform for the U.S. Navy and three additional navies. Delivery of the first 42 systems will occur over the next five years with a delivery of 13 optional systems to occur in year six.

Thales has delivered more than 300 ALFS sonars to the U.S. Navy since the early 2000s and this new contract with Lockheed Martin will continue to support the Navy’s readiness strategy. The navies of India, Denmark and Greece will receive their first deliveries of the ALFS sonar system through direct U.S. Foreign Military Sales of the MH-60R platform.

To maintain control over their maritime space and protect security interests around the world, naval forces need reliable, high-performing systems to operate with optimum effect on missions including anti-submarine warfare, maritime search and rescue, defense of maritime approaches and fleet protection for naval forces on deployment.

Offering unparalleled protection to maritime convoys, the ALFS anti-submarine warfare system is capable of detecting, classifying, prosecuting, harassing or attacking submarines, making Thales the benchmark for the world’s major navies. In addition to the U.S. Navy, the other navies that have chosen Thales dipping sonar solutions include the navies of Australia, France, Norway, the Philippines, Poland, South Korea, Sweden, the United Arab Emirates and the United Kingdom.

As a low frequency active sonar, ALFS is designed for the initial detection and tracking of opposing submarines. It offers a long detection range with a wide coverage rate and a low false alarm level, both in deep and coastal waters. It can be used autonomously to clear a particular area or as a complementary anti-submarine warfare asset to sonars on board surface vessels for target relocation and attack.

“Earning the trust of the U.S. Navy, its allies and partners around the globe is a source of pride for our team. This contract enhances our position as a strategic supplier to Lockheed Martin and further consolidates the Group's world leadership position in anti-submarine warfare systems. We will continue to improve the performance and competitiveness of our airborne sonars to meet the new anti-submarine warfare operational challenges of our customers.” Alexis Morel, VP Underwater systems, Thales.

* The Thales ALFS systems are from the same product family of airborne anti-submarine dipping sonars as FLASH and Compact FLASH but each product has variances due to system destinations and the technological requirements to comply with local laws including U.S. ITAR.

About Thales in the USA

In the United States, Thales has conducted significant research and development, manufacturing, and service capabilities for more than 100 years. Today, Thales is present in 22 states, operating 46 different facilities and employing nearly 5,000 people. Working closely with U.S. customers and local partners, Thales is able to meet the most complex requirements for every operating environment.