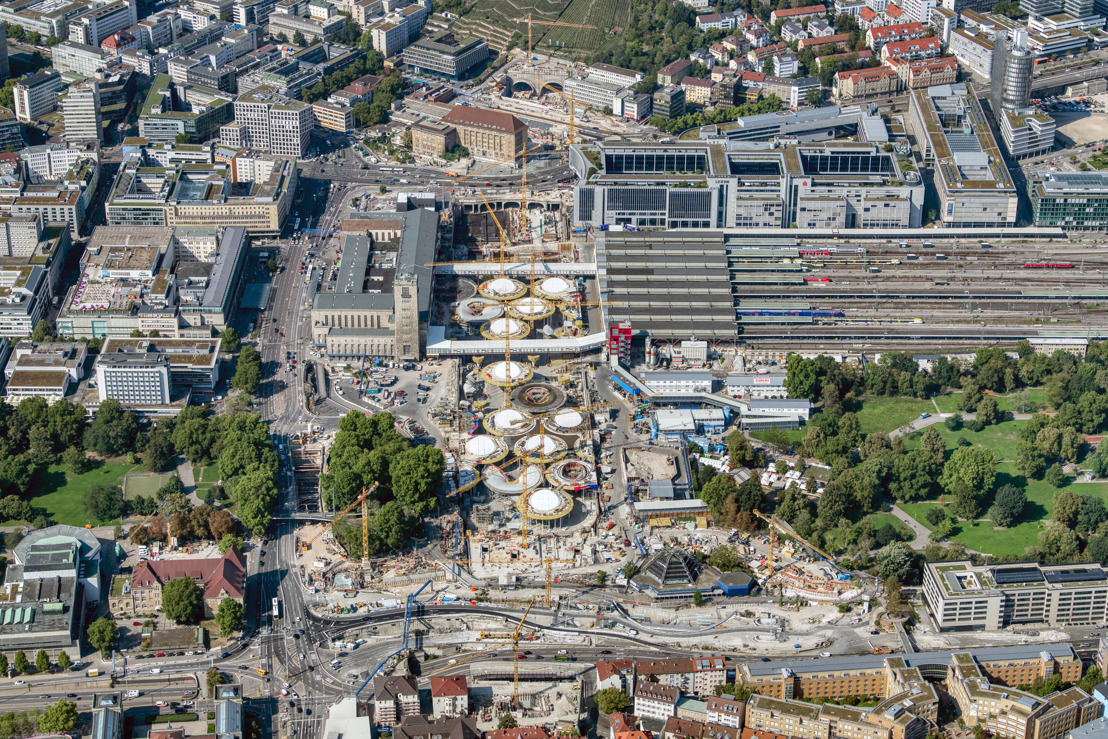 As a part of the initial “Digital railways Germany” package, Deutsche Bahn is equipping the Stuttgart region with a digital signalling system (DSTW*), the European Train Control System (ETCS*) and Automatic Train Operations (ATO*) with driver. The tender covering the implementation of modules 1 and 2 of the “Digital node Stuttgart” project until the end of 2025 was won by Thales at the end of November 2020. The contract with a value of approximately 127 million euros covers the installation of the digital signalling system, the installation of ETCS, preliminary work for the implementation of the track-side automatic operations and the Capacity & Traffic Management System (CTMS*), a modern technology and operating site, in excess of 6,000 electronic kilometre markers (balises), more than 1,300 axle counting points and approximately 650 point machines.

This project “Digital node Stuttgart” lead by Thales is part of the “Digital railways Germany” program, which will add up to 20% extra capacity to the rail network.

Itincludes an important innovation partnership for Thales Germany with the customer, Deutsche Bahn, concerning the development and co-design of new, leading-edge technologies for the roll-out of the “Digital Railways Germany” initiative.

“The first digital node in Germany is going to be the reference point for other metropolitan regions throughout Europe for years to come. Together with Deutsche Bahn AG, DB Netz AG, DB Projekt Stuttgart-Ulm GmbH and all project participants we are pleased to help design the blueprint for future digitizing projects”, explained Oliver Dörre, Chief Executive Officer and Country Director Thales Deutschland. “We meet all the conditions to successfully implement this large project. We are very familiar with the node Stuttgart from earlier projects and now look forward to actively cooperating with our customer at the highest level of technology in the improvement of the offering for rail passengers”,  Dörre continued. “Our employees are, of course, highly motivated by this project and proud to be able to contribute to “their” station.”

From 2025, the trains of the long distance, regional and S-Bahn traffic in the node Stuttgart will travel on a network equipped with the latest digital technology. In addition to the new main station and other stations, tracks with a scope of more than 100 kilometers are the first to be equipped with digital signalling technology, the train control system ETCS and highly automated operations. Stuttgart is thus the origin and blueprint of digitizing the entire German rail network, scheduled to be completed almost in its entirety by 2035.

For the development of the S-Bahn, the “Digital node Stuttgart” project is also an important step into the future. On the main S-Bahn route, Germany’s most modern signalling system will in future control the shortest ever implemented block sections of only 30 meters in length. S-Bahn trains will therefore travel in closer succession than anywhere in Germany so far. This not only reduces and better eliminates delays but also allows many more trains to travel than today – safely and without having to build a single meter of additional tracks.

Note to the editors:

The European Train Control System (ETCS) is a success story. Designed during the 1990’s as a uniform “signalling system” for cross-border European traffic, it is now used worldwide. In the “Digital node Stuttgart“, it is initially used in its Level 2 form. The train and track continuously exchange data via an encrypted radio link. At yellow Eurobalises – a kind of electronic kilometer marker on the track – the trains determine their precise location at regular intervals. Using distance and speed sensors, including wheel revolution counters and radar, the vehicle continuously measures the path travelled and its speed. Together with the data transmitted by the track, including the clear track ahead of the train, the ETCS on-board computer continuously calculates e.g. the clear path ahead of the train and the permissible speed. Unlike conventional old signalling technology, where light points at signals transmit comparatively simple information about a maximum of two sections ahead of the train in a system comparable to a traffic light, the driver is given a much more precise and continuously updated picture with ETCS Level 2. Whereas with conventional control and safety technology such a section is typically at least one kilometer long, it can be reduced to any length with ETCS.

Automatic Train Operation (ATO) will in future be used in the Digital node Stuttgart with a Grade of Automation of 2 (GoA 2). The system works as a kind of remote-controlled cruise control, with the track telling the train when it should be at which location. The vehicle device controls the speed accordingly. In case of delays, the highest permissible speed is applied, and during operations on schedule, the speed that conserves most energy. At platforms, ATO permits a highly precise stop. The driver is on board, monitors the journey and can intervene at any time. Based on ETCS, ATO facilitates high precision journeys. This avoids delays and reduces the distance between two trains.

The Capacity and Traffic Management System (CTMS) is a central component of future rail operations and is intended to facilitate better utilisation of existing infrastructure through, for example, automatic acceleration and braking operations. This leads to increased capacity and better operating quality. With the current development, the CTMS is based on the latest algorithms in the fields of Artificial Intelligence (AI) and Operations Research (OR).