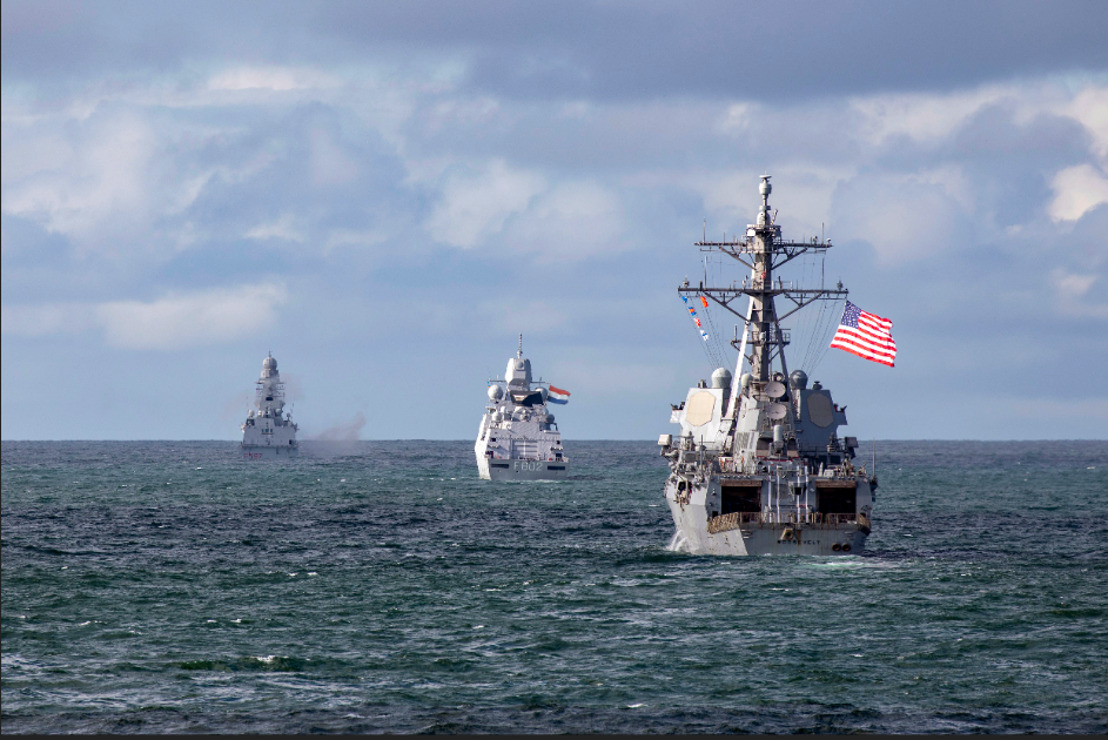 May 31st 2021 – In a large U.S.-led military Missile Defence exercise, the U.S. Navy’s USS Paul Ignatius used data from Thales’ long range surveillance radar SMART-L MM/N to conduct a "Launch on Remote" test of a Standard Missile 3 (SM-3) and guide it to intercept a non-separating ballistic missile well outside the earth’s atmosphere.

Installed on the Royal Netherlands Navy HNLMS De Zeven Provinciën, the SMART-L MM/N autonomously, without being cued, detected and tracked the ballistic missile, during the At-Sea Demo / Formidable Shield 2021 (ASD/FS21) exercise. This is an Integrated Air and Missile Defence (IAMD) exercise on the Hebrides test range in the Atlantic Ocean, organized by the U.S. Navy’s Sixth Fleet and the Maritime Theater Missile Defence Forum.

The SMART-L MM/N radar successfully tracked the ballistic missile for more than 5 minutes as it reached speeds of 3 km/second and an altitude of more than 300 km. USS Paul Ignatius received the tracking data through the NATO communications network.  Based on this track data, USS Paul Ignatius performed engagement planning and conducted the "Launch on Remote" test of the SM-3 interceptor against the identified threat. The test was a success: the ballistic missile was destroyed in space.

ASD/FS21 involved 10 countries, 15 ships and a variety of aircraft and land based assets. During the exercises, a high number of Air and Surface Warfare, Ballistic Missile Defence (BMD) and IAMD scenarios were executed. Other scenarios that tested the Thales systems on board of HNLMS De Zeven Provinciën were the engagement against a supersonic sea-skimming cruise missile and an IAMD scenario in which they were tracking and executing engagements on air threats, while simultaneously tracking a ballistic missile threat.

The purpose of ASD/FS-21 is to improve allied forces’ interoperability in a live fire IAMD environment by using NATO Command & Control reporting structures. This supports the participating navies to build, understand and train their IAMD capabilities in a multi-national environment. Maintaining this capability is crucial for nations to be ready and perform these operations in a potential crisis situation.

HNLMS De Zeven Provinciën was prepared for BMD/IAMD tasking through an upgrade program that includes new systems such as a new Command Information Centre and the new SMART-L MM/N. Together these systems contribute to a new BMD Early Warning capability for the “De Zeven Provinciën” class and the Launch on Remote test provided essential data for the development of the BMD Engagement Support capability.

“The Royal Netherlands Navy has convincingly demonstrated its BMD technology over the past 15 years. We are proud and happy to see that the Navy once again proved its value to NATO through this successful Launch on Remote test. Thales is the only European supplier capable of supporting navies in IAMD tasks. With this impressive result we can confidently look to the future.” Gerben Edelijn, CEO of Thales in the Netherlands.

The programmable radar offers full flexibility. Additional capabilities can be added during lifecycle, according to customer needs. This makes the radar future proof for evolving requirements. At present, the Royal Netherlands Navy contracted Thales for the development, production and installation of four SMART-L MM/N systems.

These systems will be used for the surveillance of the Netherlands air space. Multiple armed forces across the world have expressed an interest in SMART-L MM. In various tests and demonstrations at the Thales premises, SMART-L MM detected and tracked satellites in orbit at ranges up to 2000 km. At present, twoof the four Royal Netherlands Navy’s De Zeven Provinciën class Air Defence and Command frigates have received the SMART-L MM/N, with the other two ships to follow. . The first of the two SMART-L MM radars contracted by the Royal Netherlands Air Force has been installed on site in Wier in the North of the Netherlands.